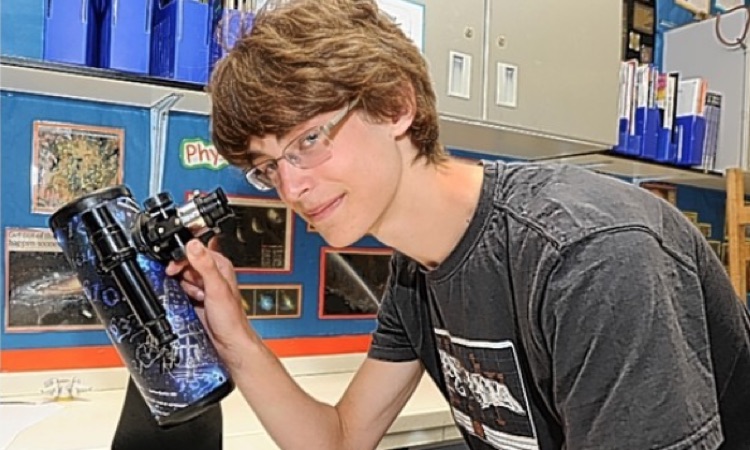 Owen Kelly Y12, has been named Young Physicist of the Year by the Ogden Trust.

Owen, part of Brigg Sixth Form, now wants to pursue a career in science. He said: "Mr Smith came and told me a month before that he had nominated me for the award.

"I didn't really know what it was and didn't think I would win it. I am so happy. It means a lot to me. Physics is my favourite subject in sixth form because it combines a lot of different skills.

"I enjoy maths but also like the practical elements. There is always help here when I need it and enjoy the course as we do lots of experiments.

"I want to go into physics or engineering and would like to study it at university. My dad is an engineer, but it is chemical engineering. My mum did physics at A Level as well, so I am from a very scientific family.

"I think that is what gave me the interest. A dream job would be to work in the space industry, designing space shuttles and equipment. That would be good, but it is a top job."

Mr Smith said: "Owen has shown a natural ability and talent for physics. I know he wants to study physics or engineering in the future, and hopefully this award will inspire him to achieve excellent results at A Level.

"You can take something like this with you, as people in university will be aware of the Ogden Trust. It is a good feather to have in your cap."

"He was the obvious choice for nomination when we were contacted by the Ogden Trust."