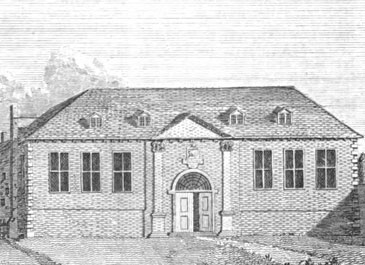 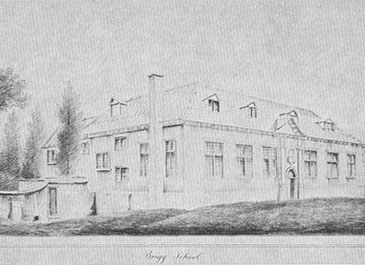 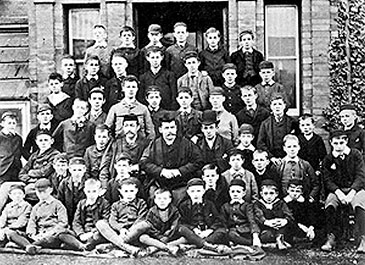 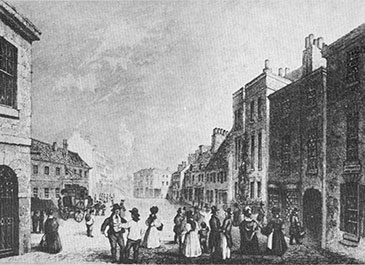 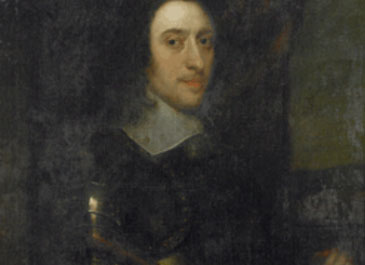 Building On Over 300 Years Of Excellence

Sir John Nelthorpe School is steeped in tradition dating back to approximately 1680. Academic excellence, combined with traditional family values set us apart from many schools. We are proud of our heritage and our links with the community of Brigg and surrounding villages. We remain a locally-controlled school and our dedicated and skilled team of teachers, support-staff and governors work tirelessly to ensure Sir John Nelthorpe School continues to represent the needs of the local community.

No seat of learning in North Lincolnshire can match the history of Sir John Nelthorpe Comprehensive School, Brigg, which can trace its roots back to 1669.

Sir John Nelthorpe, after whom the school is named, was born in Brigg in 1614. A lawyer by profession, he turned soldier during the Civil War. He died, unmarried, in 1669 and decided to leave his mark by founding a school in Brigg.

Another View From The End Of The 18th Century

Children were to be "taught the Lattin, Greeke and Hebrew languadges, to write alsoe, and Arethmaticke." And they were to "have their learning gratis" (free).

The favoured places were Brigg, Wrawby, Scawby, Castlethorpe, Broughton, Messingham, North Kelsey, Legsby, Fulsby and West Ashby. Those from other localities, of course, had to pay - many as boarders. Sir John left land in various parts of Lincolnshire from which the rental could help fund school buildings and meet general expenses.

It took several years of hard work by the Trustees to translate Sir John's wishes into bricks and mortar. Master builder William Catlyn, of Hull, was in charge of the project but it is uncertain when the school opened officially - probably 1680/1. The first Master was the Rev Nathanael Taylor. The school soon found its feet and many scholars went on to university during the 18th century.

Thomas and Richard Dixon, from Riby, who entered the school in 1773, went to Oxford. The boys' boarding at Brigg cost their father £20 each, plus £3 to the Writing Master; and two guineas for the washerwoman, Mrs Newmarch, plus 10 shillings for mending. However, the boys did receive threepence a week in pocket money back from the Master, the Rev John Skelton, also Vicar of Goxhill and Thornton Curtis.

When this picture was printed in "The Gentleman's Magazine" in 1796, what it shows was already well over a hundred years old - building had started in 1672.

The School was built slowly, but well - it's still there. Behind the Schoolroom were the lodgings of the Master and the Usher (who usually did most of the actual teaching). Up above in the garrets were rooms for servants and boarders.

The school's fortunes ebbed and flowed over the next two centuries. But as Brigg expanded in Victorian times so did the school, with new buildings being added in 1879 just prior to the arrival of Richmond Flowers as headmaster. He is shown right (centre) with the pupils in 1889.

Pupil numbers rose and fell, often alarmingly, until after the First World War, but the 1920s and 1930s saw a growing number of university scholarships being gained by pupils. The school continued to prosper after the Second World War but by the 1960s the grammar school system and the 11-plus examination were under pressure to change.

Some more modern trends were adopted, many sixth form lessons being joint ones with the neighbouring Brigg Girls' High School.

But as late as 1968 boys were still required to wear the school cap. The school also continued with the old tradition of Saturday morning lessons, boys being given Wednesday afternoon off, unless sports matches were being played.

The school's tercentenary celebrations in 1969 were something of a swan-song, for just seven years later, Brigg Grammar School came to an end, being replaced by the Sir John Nelthorpe Comprehensive. A brief and unsuccessful attempt had been made to introduce girl pupils in Victorian times. In 1976 female pupils finally arrived to stay, when the Brigg (Boys') Grammar School and Brigg Girls' High School joined to become a comprehensive school called The Sir John Nelthorpe School.

A visit today to what is now the upper school shows that it is proud of its roots and traditions. The original schoolroom is now home to a modern, computerised library. And, looking down on the scholars of the new Millennium, is a striking portrait of Sir John Nelthorpe, whose generosity made it all possible.

Based on Dr Henthorn's History of the School - by Nigel Fisher with sections by Jim Flewker.