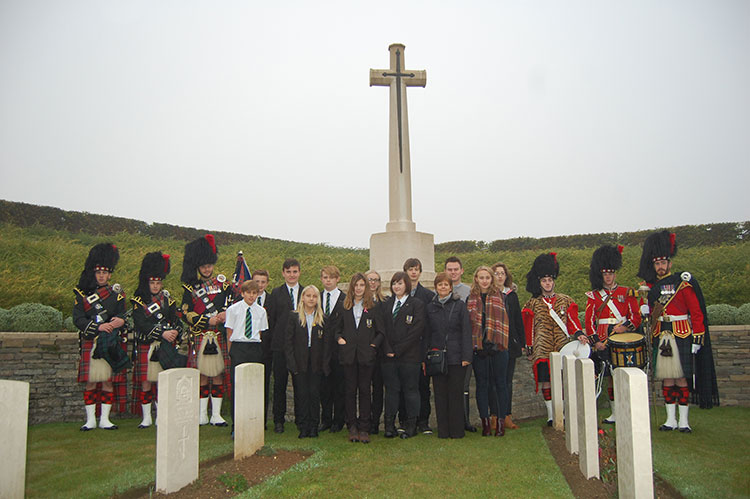 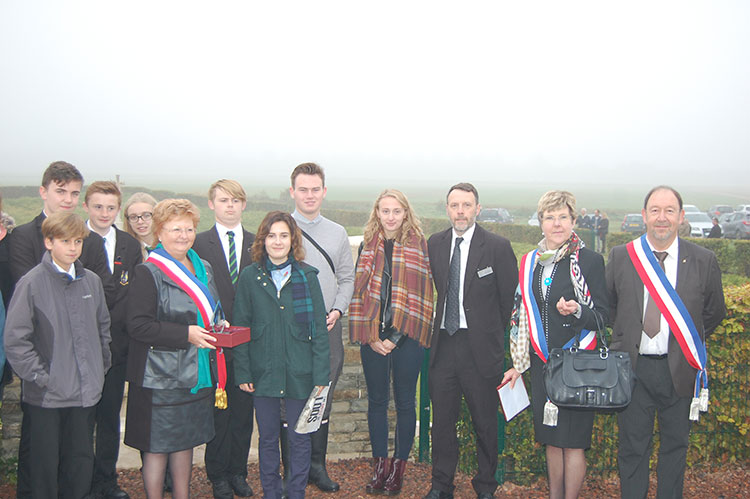 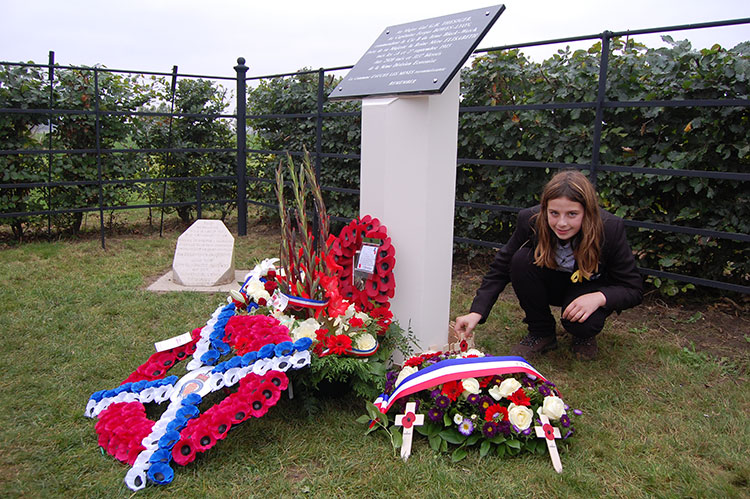 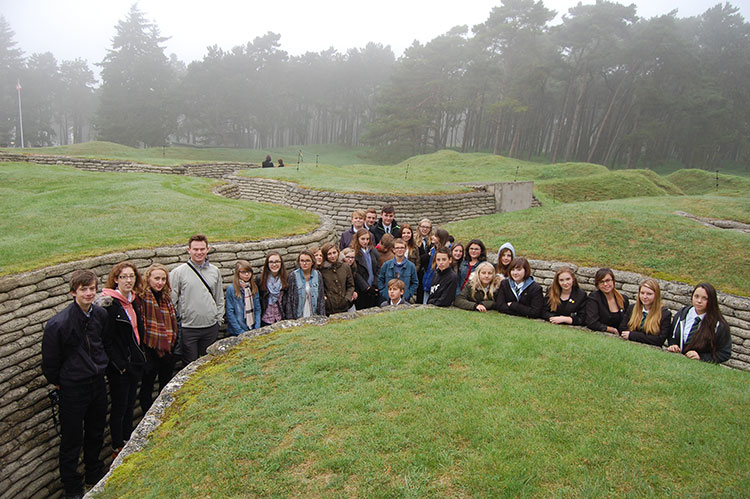 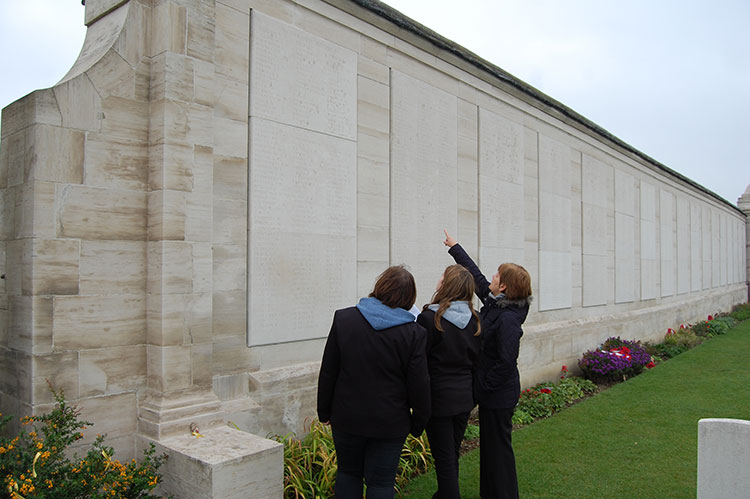 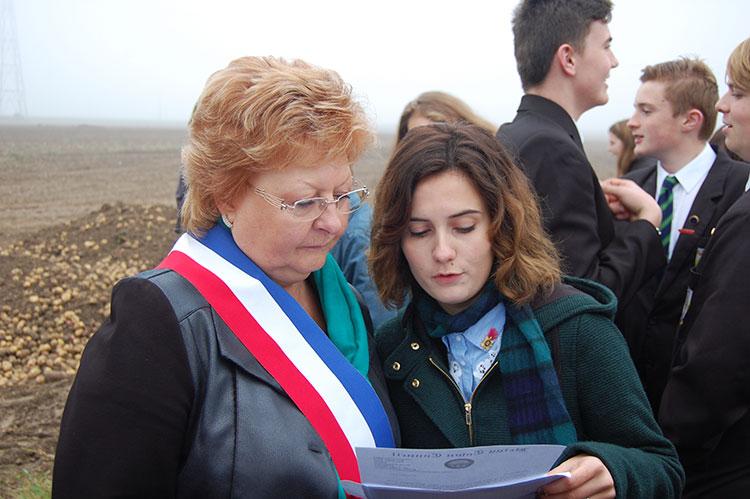 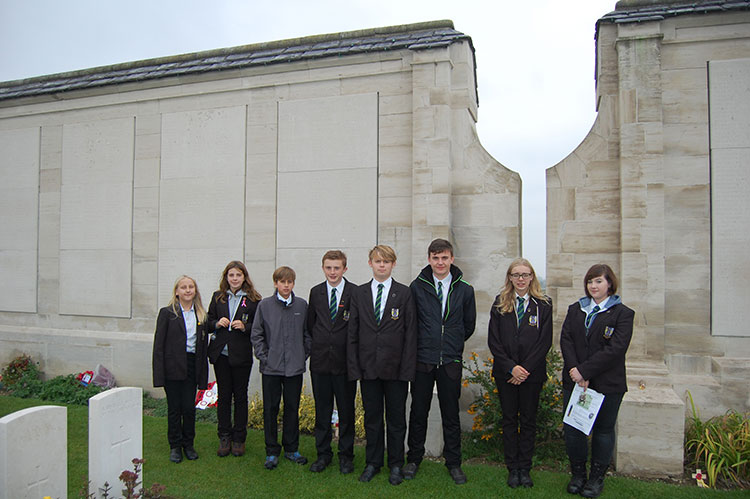 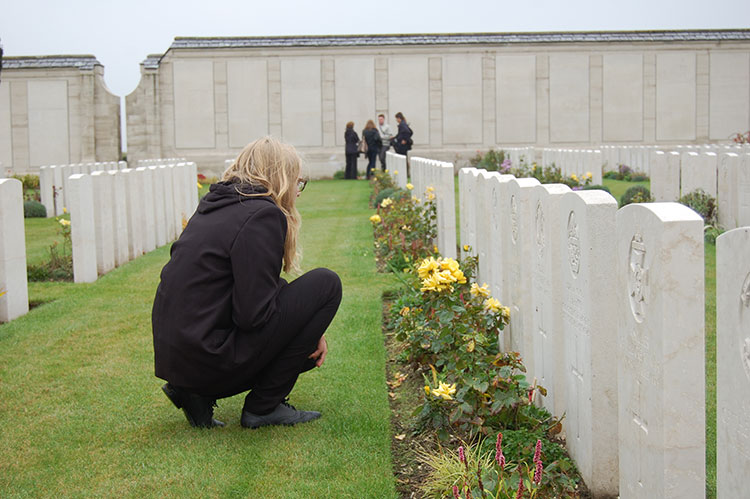 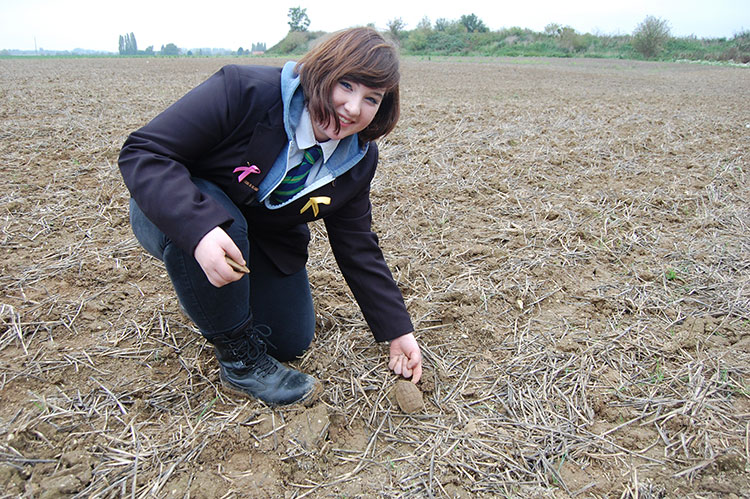 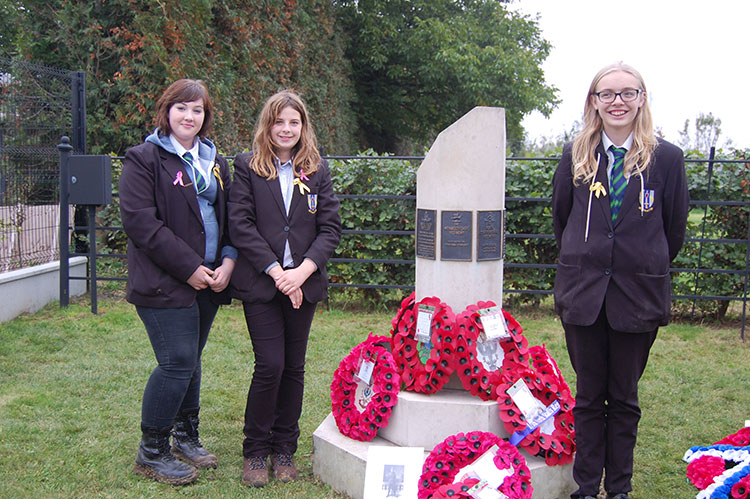 Sixteen students from Sir John Nelthorpe School in Brigg have just returned from a moving trip to France to see first-hand where the men of the Lincolnshire Regiment faced their darkest day, one hundred years ago. The trip had a particular significance because a former pupil was one of nearly 200 Lincolnshire men who fell in the attack on the Hohenzollern Redoubt, on October 13th 1915.

The events of 100 years ago were commemorated by the town of Auchy-Les-Mines, which stands on the site of the battlefield. They invited the Brigg students to join with the local population to honour the men who were killed, most of whom still lay in the fields where they fell.

One hundred years later, the welcome the students received couldn't have been more different. The Nelthorpe pupils were hosted by French families who were keen to show their gratitude for the actions of the Lincolnshire soldiers so long ago. Some of the houses were built directly on the site of the German trenches, and the school party found themselves split between either side of the former front lines.

On the Friday the English students and their French hosts placed a wreath at the French war memorial to commemorate local citizens who lost their lives.

On Saturday there was an early start as the sir John Nelthorpe Students represented England in a ceremony at Quarry Cemetery, site of the grave of the Queen's uncle Fergus Bowes-Lyon. The event was led by the pipes and drums of the Black Watch and attended by the Mayor of Auchy and Prince Charles' private secretary.

After the service, Sixth-Form student Charlotte Beaumont presented the Mayor of Auchy with a gift and letter of friendship from Cllr James Truepenny, Mayor of Brigg. The message thanked the citizens of Auchy for their commemoration of the fallen, and was given in the fields where four men from Brigg, killed there in 1915, still lay. The Mayor of Auchy was visibly moved and thanked the students for their friendship.

In the afternoon the Brigg students took part in a parade from the centre of Auchy to the site of the Hohenzollern Redoubt, focal point of the 1915 battle. Each student placed a poppy on the memorial to the men of the 46th Division before being given a guided tour of the battlefield by expert Steve Bramley who had also travelled from North Lincolnshire for the event. A sombre reminder of the battle came in the shape of discarded ammunition still found on the surface of the fields. The students carefully skirted hand grenades and an unexploded German shell turned up by recent ploughing.

On Sunday morning there was an early departure to return home. There were sad farewells as the students of Sir John Nelthorpe School and the Joliot-Curie college said a final goodbye, promising to keep in touch. There are already plans for the French students to visit Brigg and see for themselves where those who fought for their town lived and worked.

The trip was voted a great success, in preserving the memory of those who fell and in building new friendships one hundred years later.